Out on His Own, the 1977 solo album by Louis Stewart - Ireland’s major contribution to world class jazz guitar playing - is to be reissued on the reactivated Livia Records on February 24.

Recorded when Stewart was playing at his formidable peak and alternating between touring with saxophonist and legendary jazz club owner Ronnie Scott and making trips back to play in packed Dublin clubs bars, Out on His Own is aptly named. Tracks feature Stewart playing alone and to his own rhythm tracks.

The album also captures Stewart in the form that enabled him to engage with top-flight musicians including Benny Goodman, George Shearing and Tubby Hayes and to lead recording sessions including I Thought About You with pianist John Taylor, bassist Sam Jones and drummer Billy Higgins.

Selections include Great American Songbook standards and tunes by Chick Corea, Steve Swallow and Tom Jobim plus Stewart’s interpretation of the Irish favourite She Moved Through the Fair and a self-composed blues.

The original release was greeted with excellent reviews.

The Sunday Times critic Derek Jewell described Stewart as a musician “in the same league as Django Reinhardt, Wes Montgomery, or, among contemporary virtuosos, Joe Pass.”

Irish Times critic, Ray Comiskey said the album was “a performance of such virtuosity, that very few guitarists of any era could ever hope to match it.”

Stewart, who went on to appear on over seventy albums, was respected by his peers around the world. Ronnie Scott described him as “one of the world's great jazz guitarists” and Trinity College Dublin awarded him an Honorary Doctorate in 1998. Stewart died aged seventy-two in 2016. 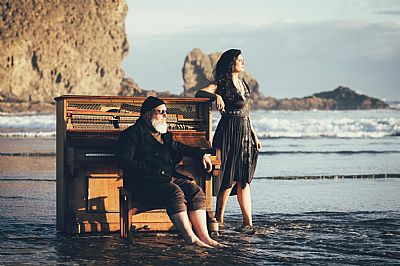 It’s been described by one reviewer as “a slow-burning delight” and by another as “poetic and captivating.” Yet another enthusiastic has noted it as “featuring beautiful and exotic singing” and Radio New Zealand was so taken with duo Goldsmith Baynes’ debut album, E Rere Ra, that it broadcast a special programme on Te Reo Maori jazz – jazz with lyrics in New Zealand’s native language.

Behind the poetry and beauty of Rere Ra, however, there are stories of the sort of suppression and language proscription that would have made the RNZ programme unlikely thirty or forty years.

In the song Tipuna Allana Goldsmith describes how her ancestors guide her through life “like the river runs to the sea.” Elsewhere, folk wisdom that calls for patience and advises not to be in too much of a hurry informs Goldsmith’s lyrics.

“One or two of the songs on E Rere Ra were actually written in English and translated later,” she says. “But just as there are often no exact translations from English to Maori, the same applies in reverse. So, if people ask for English translations of the Maori songs, I can only tell them the loose themes and ideas that I used. It’s about conveying meaning in vocal tone and phrasing.”

Goldsmith is part of a Maori community that is on a journey to reclaim her heritage. Her parents and grandparents, she says, literally had their native culture neaten out of them.

Sir Pita Sharples, a Māori academic and politician, who was a co-leader of the Māori Party from 2004 to 2013, concurs.

“The treatment of the language is directly related to some of our modern-day problems, including the high proportion of Māori who are homeless and in low-paying jobs,” he says. "They've been suppressed, and it effects the way you look at life. You feel secondary."

This suppression continued well into the twentieth century. In Allana Goldsmith’s parents and grandparents’ time at school, children having disputes in the school grounds would be punished, not for being loud and aggressive but for using the Maori language. If they wanted to have a proper argument, they would have to go out into the road.

“I wouldn’t describe myself as a native speaker or fluent in the language,” says Goldsmith. “But it’s important to me to reclaim Te Reo me ōna Tikanga, our parents and grandparents’ culture. It’s a never-ending journey and my music, my singing, continues to be a waka (vessel) which helps me along in in that journey.”

Goldsmith was drawn to singing by hearing Billie Holiday in her teens. She sang jazz standards (she devised a show in tribute to Ella Fitzgerald and Sarah Vaughan) and fronted the band Wakatura before teaming up with Mark Baynes.

E Rere Ra is the result of a ten-year partnership with Baynes, who is originally from Alton in Hampshire and studied with vibes virtuoso Gary Burton at Berklee College of Music in Boston and in New York with Hal Galper (former pianist with soul jazz legend Cannonball Adderley) and Andy Laverne (saxophonist Stan Getz’s musical director in the 1970s).

‘‘We want to bring the Maori culture to a wider audience,” says Goldsmith. “The title of the song Hei Kawe i a Au, for example, is taken from a whakataukī, or proverb, that translates as ‘Let me be carried by the easterly breeze.’ This is suggesting that we shouldn’t be in a hurry, but to wait until the time and conditions are right. Which is good advice from the Maori ancients for living life today.”