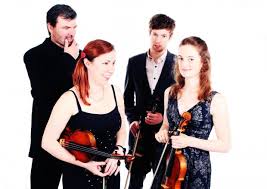 Some say he came from Dundee. Other evidence suggests he was a weaver’s son from Dalmellington in Ayrshire. What’s certain about James Hill is that he was Scottish and he settled on Tyneside where he became well-known during his lifetime and where he remains, a hundred and fifty years after his death, a major figure.

As the annual Scots Fiddle Festival comes round again in Edinburgh, Hill’s reputation and tunes will be polished. He was regarded as the Paganini of the hornpipe in his day and to fiddler Stewart Hardy, whose Bottle Bank Band takes its name from the area in Gateshead where Hill earned that moniker, he would likely have been an interesting man to spend an evening with. In fact, Hardy and his band mates do spend evenings with Hill, although they play music from other sources also.

“His tunes form the core of our repertoire,” says Hardy for whom Hill’s music has been a passion since he was introduced to the broad sweep of Hill’s compositions through another Scottish fiddler who settled on Tyneside, former JSD Bandsman Chuck Fleming, long a champion of Hill. “If you play traditional music in the north-east of England it’s kind of hard to escape Hill because his tunes are so popular and you’ll pretty quickly be introduced to them in informal sessions and the like.”

For Hardy, Fleming’s recordings of Hill with the Champion String Band and the arrival in the early 1990s of Hill expert Graham Dixon’s Hill collection, The Lads Like Beer coincided to make a big impression.

“Together they were the big heads-up, if you like, that this is great music and this is a real icon of the north-east of England,” says Hardy. “Plus the fact that Chuck was also a Scot who had moved down here and was so passionate about Hill’s music helped to raise awareness and made the music really accessible because, as ever with folk music, there’s tons of great tunes sitting in collections but someone has to go digging for them and bring them to general attention.”

Hardy also credits another fiddler, Tom McConville, and the concertina master Alistair Anderson, as well as the Northumbrian Pipers Society, for spreading the word of Hill’s genius and for making the point that his tunes were for everyone, even if some of them take a bit more work to master than others.

“As melodies they can be very catchy,” he says. “But they can also be quite technically challenging. They clearly fit the instrument well yet they explore the instrument in a way that other composers of the time weren’t doing. So they’ll stretch you as a player and some of them are out and out show-off pieces but even so, they always feel like fiddle tunes under your fingers and the way the bow crosses the strings is very natural.”

Hill’s biography being sketchy means that his compositions have helped to give a picture of how he made his living. He was born around 1810 and died of consumption in 1853, and in those days it was common for fiddlers to be attached to certain hostelries to lure customers in by playing requests. Sometimes the fiddler would be the landlord himself and Hill’s in-laws being in the licensed trade, he may well have become a licensee. He also played at race meetings, where Hardy’s sure he would have been paid in money rather than beer, and since some of his tunes lean quite heavily towards the ballroom he quite likely found gainful employment playing for society occasions and municipal events.

“He was certainly held in very high esteem even if he appears to have spent time in the debtors’ prison,” says Hardy. “There’s an obituary from the time of his death that praises his talents to the heavens but says something along the lines that it was a shame he squandered his abilities by associating with the wrong sort of people.”

With the Bottle Bank Band Hardy tries to ensure that the positive side of Hill’s reputation endures. The line-up of the group – four fiddles – is unusual but not unique, he acknowledges with some enthusiasm, as Scottish quartet Rant has adopted the same instrumentation very successfully.

“We’ve actually being playing together for quite some time now but we’ve never really pushed the band as hard as we maybe should have done,” he says. “We started getting together for musical medicine, to explore the fiddle music of Tyneside and the north-east of England and the sound of four fiddles. There’s no rhythm section, no piano, we just wanted to make the music work this way through arrangements. Some of them are quite spontaneous but with others one of us will bring in an arrangement on the understanding that we can all change anything if we think it’ll make the tune work better. If it’s musical medicine for us, we hope other people feel the same way.”