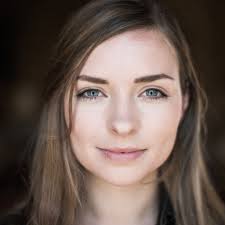 There must be something in the Dumfries & Galloway air. Of the six singers to have won the BBC Radio Scotland Young Traditional Musician of the Year title since its inception in 2001, three of them have come from this corner of the country with its close connections to the national bard.

Robert Burns’ songs have played significant parts in all three of these young women’s musical development, with Emily Smith, an early winner, going on to record a Burns album and friends and more recent consecutive champions, Robyn Stapleton and Claire Hastings continuing their interest in Burns as they work together onstage and in teaching traditional music.

“Coming from Dumfries I was exposed to a lot of Burns songs at school,” says Hastings, the current title holder who sings at the MG Alba Scots Trad Music Awards in Dundee on Saturday as part of her prize. “I was lucky to go to a small primary school and a small secondary school where we had great teachers who were very encouraging. They were very keen on us competing at local festivals and Burns competitions, both in choirs and in solo performance, and that gave me my introduction to Scots song.”

Being able to sing in her own accent particularly appealed. She felt this was much more natural than adopting a mid-Atlantic twang and singing pop music but although she enjoyed singing to people and learning the songs, it never really occurred to her that this was something she might do as a career until she went to the then Royal Scottish Academy of Music and Drama to study Scottish Music.

“I think the first thing I learned there was how limited my knowledge of Scots song was,” she says. “I had two great tutors, Rod Paterson and Gordeanna McCulloch, who obviously had a lot of experience, and they passed on a huge amount of information. They really opened the door to this vast repertoire of ballads and songs and their enthusiasm for the subject made you want to discover more and go out and share these discoveries.”

After graduating Hastings took a year and a half out to go travelling. She returned to Glasgow concerned that nobody would remember her – hardly the best start to a singing career. Entering the ‘Young Trad’ seemed like a good way to begin to get her name known and having heard from previous contestants how much they’d enjoyed the experience, she thought it would be good fun as well as good exposure. Cue a false start, however, when she missed the deadline and had to sit out a year.

“It actually worked out well,” she says. “I’m not saying that I expected to win - far from it – but Robyn Stapleton, who’s a good friend, won it that year and me missing out meant we weren’t competing against each other. But then the great thing about the competition is that everyone’s so supportive. There’s no nastiness or anything like that. Everyone wants everyone else to win, although that doesn’t help with the nerves. You’ve still got to get out there and conquer them.”

Winning the title was, she says, incredible and it’s led to the best year she could have hoped for. She’s sung with the BBC Scottish Symphony Orchestra twice, once at the Proms in the Park and again at BBC Music Day when she appeared alongside Lulu, Jamie Cullum and Deacon Blue, and as she prepares to release her first album in the spring she’s found her title a great help in securing bookings. In the new year, as well as featuring at two Celtic Connections concerts on the same day (as part of the Young Trad Tour concert party in the afternoon and in a double bill with Robyn Stapleton at Glasgow Art Club in the evening of January 30) she’ll be touring New Zealand and launching the album with gigs back home.

The link with Robyn Stapleton extends to the Trad Music Awards where they are both shortlisted for Scots Singer of the Year. Live Music Now Scotland, for whom she and Stapleton sing together, is shortlisted in the Community Project of the Year category. The pair also teach for the Youth Music Initiative.

“I don’t think Burns would have minded because he did the same thing with a lot of his songs,” she says. “A good melody’s important. I’ll often be drawn to a song because it has a good story but if you’re going to sing it and pass it on for other people to sing, you have to enjoy singing it.”