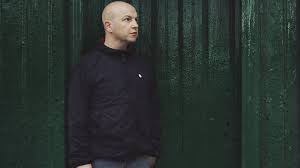 John McCusker is reflecting on his twenty-five years as a professional musician and the experiences that have led to his being given the Good Tradition Award at this year’s BBC Radio 2 Folk Awards.

“I thought these things were only given to old people, like Cecil Sharp or someone,” says McCusker down the line from his home in the Borders. The fiddler, multi-instrumentalist, composer and record producer doesn’t sound much different from the sixteen year old version of himself who left school to join Battlefield Band, a well-established fixture, even then,  on the Scottish and wider folk scenes.

His initial idea was to give the musician’s life a couple of years to see how it went, and to appease his mum, he concedes. Mrs McCusker, although a big fan of traditional music and groups like the Bothy Band, whose energy influenced the young McCusker, would have preferred her son to get “a proper job”. She wasn’t to know that joining Battlefield Band would lead him into a life that has included working on soundtracks for Billy Connolly and Jennifer Saunders, producing records for Radiohead drummer Phil Selway and McCusker household hero Linda Thompson, and touring the world with Dire Straits mastermind Mark Knopfler in a double bill with Bob Dylan.

Indeed, as he walked around the world’s major cities on Knopfler’s latest tour, singing tunes into his phone that will shortly emerge on a new album, McCusker himself was finding it all hard to believe. It must have been tempting to wonder if any of those at school who teased him with the nickname “Fiddle” and mocked his interest in folk music by dancing Highland flings as he walked past had been Dire Straits fans and were now paying hefty ticket prices to watch the object of their scorn onstage.

“That’s not impossible,” he says. “But one of the best things that’s happened over the past twenty-five years is the way that folk music’s image and popularity have changed. When I was at school there were hardly any other young players, or so it seemed to me, and hardly any sessions where you could go and play tunes. It’s totally different now and it’s thanks to things like the Royal Conservatoire of Scotland having courses for young traditional musicians and Celtic Connections expanding the audience. Of course, as I travelled around with Battlefield Band I found other people – Mike McGoldrick in Manchester, for example – who’d been learning around the same time as me, but there has been what I can only describe as an explosion of interest in folk music during that time. Playing folk music has become a career choice for young musicians.”

Mrs McCusker’s concerns that her son might be better learning a trade were fairly quickly assuaged. Joining Battlefield Band turned out to be the musical equivalent of an apprenticeship with regular wages and bonuses such as getting a passport. For a teenager from Bellshill who had never been further away than visiting family in Ireland to be whisked off almost instantly on tours of the U.S. and Europe was a heady experience. And along the way there were musical lessons.

“Having Iain MacDonald, Battlefield Band’s piper and whistle player at the time, as a mentor was brilliant,” says McCusker. “I’d be jumping about onstage like a monkey and getting excited and Iain would say, Just slow down and think about the music. That’s the best advice I’ve ever had and it’s interesting because people like Mark Knopfler, who has years of experience in playing huge venues, say much the same thing: concentrate on the music, enjoy yourself and don’t forget to smile.”

Unbeknownst to them, his mockers at school were actually giving McCusker excellent preparation for what would come later. As the wee lad who not only played the violin but also went to Irish dancing lessons, McCusker was a shoo-in for a spot on school concerts. Walking onstage at Glasgow Royal Concert Hall or the Hollywood Bowl, a stopover on Knopfler’s tour with Bob Dylan, or the Royal Albert Hall, where the Knopfler band spent a twenty-night residency not long after McCusker joined, was far less nerve-wracking after facing the school audience.

From Battlefield Band, after eleven years McCusker moved on to a solo career, although his own output has taken second place to working on recordings for singers and musicians including Kate Rusby, Eddi Reader, Kris Drever, and Linda Thompson. His new album, Hello, Goodbye, is his first since 2004’s Goodnight Ginger and features musicians he has worked with over the years including Phil Cunningham, bluegrass master Tim O’Brien, guitarist Ian Carr, and McCusker’s wife, singer Heidi Talbot.

Becoming an in-demand record producer just happened, he says. “The first time I acted as producer I didn’t know what a producer did and I remember when Linda Thompson called and asked me to work with her, I was awestruck because she’s one of the best singers I’ve ever heard. We had the Richard & Linda Thompson albums at home and here I am being asked to follow them. But you learn as you go and the more you do it, the more you realise what’s important. I know now that there’s no point in trying to make the perfect record because you’re never going to create perfection. I’ve spoken to other producers over the years and they’ve gone through the same thing of editing the life out of the music, which I was guilty of early on, when really what you’re trying to do is capture something beautiful.

With a state of the art studio attached to his house, McCusker can work on his own music, compose music to match scenes on film – soundtrack work being another learn-as-you-go experience – and capture other people’s work. His first client in the building that looks very old outside (it dates back to 1779) but futuristic inside was Phil Cunningham, who recorded his Christmas Songbook shortly after the studio was completed – “an amazing moment,” says McCusker, who will perform with Mark Knopfler at the BBC Radio 2 Folk Awards on April 27, roughly half-way through the tour that launches Hello, Goodbye.

“Working with Mark Knopfler is by far the best thing that has ever happened to me,” he says. “And playing with him at the Royal Albert Hall again will be a proud moment. I keep sounding like a broken record when I say I’ve been lucky but it’s true. You can get used to playing in venues like the Royal Albert Hall, especially if you’re there for twenty nights, but every time you walk on that stage, you can’t escape the feeling that you’re somewhere special.”