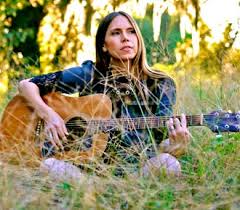 Bronwynne Brent’s experience of The Griddle at the Folk Alliance in Kansas has the makings of a biopic scene. A seminar-cum-showcase-cum-blindfold test where a panel of music industry insiders listens to undiscovered talent and offers a critique of an artist’s song, The Griddle can, if not make or break a career, then at least take it forward or advise that it go back to the drawing board.

Brent was in Kansas with a friend whose take on this event was that it was an absolute no-no. “She was saying to me, Don’t do it, they’ll butcher you,” says the Greenville, Mississippi-born Brent in a character-filled voice that would surely earn her a part in any Mark Twain adaptation. “But I just wanted to hear what they said because I’m still working my way up. So I held my ground and put my song up for discussion.”

The upshot was, one of the panel, who is now Brent’s UK agent, asked if he might speak to her afterwards and on hearing the rest of her CD, signed her up for representation. He then promptly secured her a gig at Celtic Connections and introduced her to Radio 2’s country music guru Bob Harris, although Brent bashfully concedes that she remembered him from his Old Grey Whistle Test persona and didn’t know he was “still around and making a difference to people’s lives.”

With Brent, the Mark Twain reference turns out to be apt. She comes from a family of musicians – her mother, Carole, was a big band singer in Chicago in the 1950s and her two sisters, Eden and Jessica, are blues and folk singers respectively – but also of rivermen. Her grandfather Jesse Brent was a Mississippi river pioneer after whom the Mississippi bridge at Greenville is named and her father is a captain whose renditions of Hank Williams, Marty Robins and Jimmie Rodgers songs made him famous locally as a singing boatman.

“My earliest memories are of my mother and father sitting around the kitchen table singing songs,” says the singer-songwriter whom the public voted AmericanaUK’s Best Female Performer of 2015. “There was always music in the house and my sister Eden played the piano, so I went to lessons too. Then I started messing around on my father’s guitar and I took lessons on that for a while but I wasn’t exactly studious. Someday I’ll go back and learn to play properly, because I’m not what you’d call technically brilliant, but I get by.”

Around Greenville when she was growing up there was Delta blues to be heard – James “Son” Thomas, the bluesman-gravedigger, played around town a lot – and when sister Eden was taken under another local blues legend, Boogaloo Ames’ wing, Brent could hardly avoid the blues as well as the country music her father sang.

“I think some of that Delta sound got into my music,” she says. “But it wasn’t something I was conscious of trying to play.”

She wrote her first song when she was seventeen (“Unrequited love - I really should get another subject!”) and made her public debut with her sisters, singing a capella at Greenville’s Levee Break. Then, when her sister Jessica decided to try her luck in Nashville, Bronwynne went with her and having begun playing in coffee shops in Greenville, she gained valuable experience at Nashville’s many sing-arounds, where songwriters wait their turn to try out their latest creation in front of their peers.

“Before I went to Nashville I hadn’t really played to people who listened,” she says. “They were very supportive but when I went to study in New Orleans later I didn’t really fit in there and it wasn’t until I went to Austin, Texas, that I began to get really serious about performing. I’m quite shy and I can play on my own but I’m much better when I have other people with me.”

Songs, she says, come in a flood and for someone who apparently doesn’t spend a lot of time honing her lyrics she writes with rich characterisation and tells stories that speak of a deep imagination.

“I’ve always liked poetry and always liked to read so I suppose, like the music that influenced me without me realising it, there’s an element of what goes into your mind must come out in some way,” she says. “For me, the rhyme’s not as important as telling the story. I’m drawn to darkness and find it easier to write sad songs than happy ones, but I don’t want to depress people. I want people to have a good time when they come to see me. They don’t have to like me but it’s nice when they do. I love when I play to a room full of strangers and they become my new friends.”