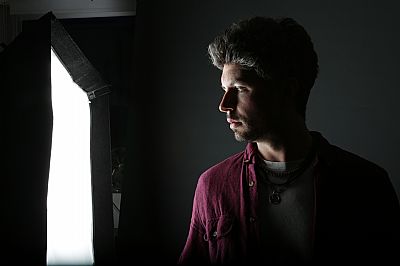 It’s become an annual pilgrimage but this year the visit by a band of musicians from Armagh Pipers Club to Glasgow’s Piping Live! festival has a special significance. The club, which was set up to foster interest in the uilleann pipes and has gone on to involve virtually all the instruments associated with traditional music, is celebrating its fiftieth anniversary.

Back in January, Celtic Connections staged a concert in the club’s honour, featuring some of the prominent players who have come through the club’s teaching system. Quite a few of these are called Vallely, because the club was essentially the vision of Brian Vallely, an enthusiastic musician and also a respected artist, and his wife, Eithne. Their sons Cillian, Niall and Caoimhín have gone on to become major figures on the Irish music scene with groups including Lúnasa, Nomos, and Buille.

The piper and whistle player Jarlath Henderson, who has become a greatly valued presence since moving to Scotland ten years or so ago, working with – among others - fellow piper Ross Ainslie, fiddler Duncan Chisholm and Gaelic fusion pioneers Capercaillie, is also a product of Armagh Pipers Club. He can’t speak highly enough of what being associated with the Vallelys has done for him.

“I was just coming up to my eleventh birthday when I first went along to the club,” says Henderson, who recently revealed on his debut album, Hearts Broken, Heads Turned, that he is also no small talent as a singer. “I’d tried piano when I was seven and that hadn’t really worked because I was more interested in climbing trees and things like that. I wasn’t very well-behaved, to be honest, and I was probably hyperactive. I couldn’t concentrate on anything but having learned to play a few tunes on the whistle beforehand, taking up the pipes gave me something to focus on.”

There was more than music lessons going on at the club, Henderson remembers. The Vallelys had created a social environment that disregarded religious barriers and provided “a nice warm place” to learn music in.

“The first Monday of the month there would be an informal session with everybody playing – all ages – for an hour or two,” he says. “This was great because as well as learning tunes, I learned how to socialise, how to engage with people, not only people of my own age but also those who were older than me. So many things came out of that experience.” Indeed, Henderson, who studied medicine in Aberdeen and is now working as a doctor in Glasgow, credits the club with helping him to communicate in both of his professional lives.

Having stuck in at the pipes after a wake-up call a few lessons in from Brian Vallely, who was his first teacher, Henderson progressed to playing with the club’s band on Fridays and by the time he was sixteen, he’d joined the teaching staff himself, a part-time job that gave him a sense of responsibility.

“It’s amazing what Brian and Eithne have done for what must be thousands of young people who have passed through the club over the years,” he says. “They seemed to be tireless. They’d put on concerts – they now have a centre, Áras na Píobairí or House of the Pipers, which is a venue among other things – on a Friday night and have the performers give masterclasses or take workshops on the Saturday morning. So Brian would be there, taking the tickets and money on the door for the concert and next morning he’d be making tea for everyone and just being this hugely encouraging presence.”

More than one Henderson has a connection to the club. Jarlath’s mum, who ferried him there and back every Monday from their home outside Armagh, attended the club when she was younger and his two sisters, the younger of whom, Alana, a singer and cellist who works with Irish singer-songwriter Hozier, are both still involved when time allows.

“You never really leave Armagh Pipers Club,” says Henderson, who will be there to cheer on and possibly have a tune with the club band at Piping Live! “Any time I’m home I’ll call into the session on a Monday evening or just visit Áras na Píobairí, which has become a real hub of traditional music in Armagh. My mum drove me twelve miles there and back every week but the catchment area must be fifty or sixty miles wide and they have pipe makers based there now who are not just making instruments but teaching people how to make them too.”

The Armagh Pipers Club band appears in George Square and in the Street Café outside the National Piping Centre in McPhater Street on Thursday, August 11. Piping Live! runs from Monday, August 8 to Sunday, August 14. For further details log onto www.pipinglive.co.uk