Enrico Pieranunzi - born to be blue 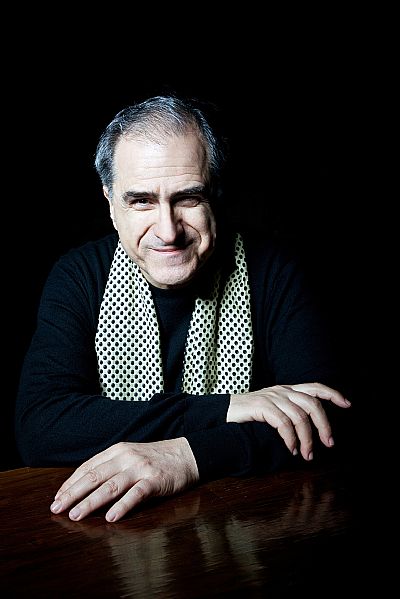 Enrico Pieranunzi is sitting at the piano in the legendary New York jazz club the Village Vanguard. Onstage with him are drummer Paul Motian and bassist Marc Johnson, coincidentally the first drummer and the last bassist to play in the great pianist Bill Evans’ trio.

Evans, a big hero to Pieranunzi, recorded one of his most famous albums in this same venue in 1961, with Motian on drums, and as Pieranunzi begins to play something catches his eye. Above Motian’s head is a photo of Evans with Motian, bassist Scott LaFaro and producer Orrin Keepnews, the very team that created the 1961 recording.

“After I saw that photo I didn’t look up again all night,” says Pieranunzi. “I was concentrating very hard on the keyboard. I mean, this was almost half a century later but it was very spooky.”

Pieranunzi would have no reason to be overawed. Since the 1970s he has established himself internationally as a major jazz piano talent. He may not be so well known over here but when musicians including Chet Baker, Johnny Griffin, Kenny Clarke, Lee Konitz and Art Farmer sing someone’s praises, as they all did with Pieranunzi, they don’t do so lightly.

Baker, the subject of Ethan Hawke’s latest film, Born to Be Blue, was a particular fan of Pieranunzi and accompanying Baker’s sparely melodic trumpet style and very understated singing was the perfect, if now quite distant, preparation for the tour that brings Pieranunzi on a rare visit to Scotland with the outstanding singer Tina May this week.

“Everyone knows that Chet had problems,” says Pieranunzi down the line from Rome. “He was many different people, really, but although the drug addiction side of his life was not pleasant, he kept it away from me and we never talked about it. We actually didn’t speak all that much at all over the ten years or so that we worked together, we just played and with me he was very sweet. I think he felt that I was feeding him the sound he needed to hear and playing with him, for me, was a real turning point. He played so few notes but such meaningful notes. When I met Chet in the late 1970s, I’d been influenced by Bud Powell, McCoy Tyner, Herbie Hancock, very powerful players. Chet’s style made me play very differently. He sent me back to Bill Evans, in fact.”

All the time Pieranunzi was becoming the first call for the many Americans who were touring and in some cases living in Europe, he was leading a double life. He taught classical piano in various conservatories by day, and played jazz by night, for some twenty-five years.

This reflects his upbringing. His father, a guitarist who loved Django Reinhardt, bought a piano when Enrico was five and arranged for him to have lessons. At the same time as his teacher was instilling classical techniques into the young student, Pieranunzi senior was showing Enrico the fundamentals of jazz and blues.

Blues is an essential element of Pieranunzi’s music.

“Next to the wheel, blues is the most important invention in human history,” he says. “Wherever there is blues, I’m happy. My teenage years were spent listening to Charlie Parker and the beboppers, then later I listened to and played hard bop. Art Blakey and Horace Silver were important figures for me. So was Chick Corea, not just in his piano playing but in his whole relationship with music. He was very inspiring in the 1970s.”

While he taught in the conservatories Pieranunzi’s experience with Baker, Konitz et al was, he says, his own university. Among the innumerable albums he appears on is one that allowed bassist Charlie Haden to achieve his long-held ambition to play with Baker, with another legend, Billy Higgins, on drums. It is, he says, a cherished memory.

Pieranunzi’s partnership with Tina May ranks highly with all of the achievements on a CV that includes turning the tables by working in New York as the bandleader with local, usually high profile sidemen. A mutual friend, London-based Italian drummer Enzo Zirilli, introduced Pieranunzi to May’s singing and he was hugely impressed. When they finally met, in London’s Vortex jazz club in 2011, Pieranunzi gave May one of his albums and she promptly set lyrics to several tracks. Pieranunzi liked them so much that the result was an album, Home is Where the Heart Is, released last year, and an inspiring working relationship.

“Tina’s very special,” says Pieranunzi. “She’s a real musician – you can tell by the way she interacts with the players around her – and she has great stage presence, very entertaining, very involving. We’ve worked in a quartet and it’s great but with just voice and piano there’s freedom to create a real dialogue and be completely spontaneous, to see where we can take the songs and the audience.”