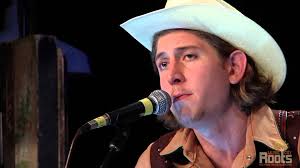 Cale Tyson didn’t realise at the time that the music his parents listened to in the car when he was young was going to play such a big part in his career. Otherwise, he might have paid closer attention. Country music’s 1950s and 1960s staples must have seeped into his being, however, because when a friend in Nashville pointed him in that direction Tyson already knew a good many of the songs and singers he was being advised to listen to.

The Texas-born, Tennessee-based Tyson, who returns to Scotland this week, has been praised for the true country-soul nature of his first full-length album, Careless Soul, which was released in April. It’s the result of a journey through boy bands, punk rock and indie folk that eventually took him back to what his father called real music.

“I remember as a kid watching this band who were popular at the time, Hanson, on TV and telling my dad that I wanted a keyboard,” says Tyson who was one of Rolling Stone magazine’s 10 new musicians you need to know in 2014. “My dad’s a kind of self-made man – he’s a dentist - and was quite strict when I was growing up. So when he said, I’m not buying you a keyboard, it’s not cool, I immediately thought, yeah that’s a rubbish idea. He was really into country music and played guitar a little bit, so he bought me a guitar and a year’s worth of lessons, but I didn’t make much of it to begin with. I was too young.”

By his early teenage years Tyson was playing guitar in a high school rock band. Then hearing the singer-songwriter Conor Oberst made him think that sitting down with an acoustic guitar and singing his own sings might be the way forward.

“To a sixteen, seventeen year old at the time, Conor Oberst was fascinating,” he says. “He seemed sort of worldly. The trouble was, my own songs were terrible and I wouldn’t have lasted five minutes on my own with them. So I stuck with the band and for a year or so after high school I played around the bars in Dallas and Fort Worth.”

Come time for a career decision, his father had one idea – study law - and Tyson had another, which was to try and make it in music. A compromise was found when Tyson discovered that Belmont University in Nashville has a strong music focus. To placate his father, he applied for the music business course with the proviso that he would become an entertainment lawyer.

“It was really just a way of getting to Nashville,” he says. “When I arrived I was still writing these indie folk songs  and at first I’d be too scared to play them at songwriter-in-the-round nights or in open mic bars, let alone try to get a gig in this city that’s full of music. Then I got to know this pedal steel guitarist, Brett Resnick, who plays on Careless Soul, and he told me, Dude you’ve got to listen to the foundations of country music. He’d say, Check this out and it would be something my dad used to play on the car stereo.”

Resnick’s advice paid off. Tyson began writing the songs that he self-released on a couple of EPs and by the time he was about to graduate from Belmont he was ready to follow his dream into the music business. In a city where every bar keep and waitress has their eyes on a record deal Tyson found himself in the position of being pursued, not by one of the Nashville offices but by the UK-based Clubhouse Records.

“This email arrived and it said they were interested in releasing my music,” says Tyson. “I thought it was a joke but a friend of mine who works as a DJ in London knew the label and said they were straight-up. So I’m unsigned in the U.S. but have released two albums – the first was a compilation of my EPs – in the UK.”

Touring the UK behind his first release, Introducing Cale Tyson, he could see how the interest in his music from this side of the Atlantic came about.

“The audiences in the UK are incredible,” he says. “They really listen and they seem to really appreciate the purer side of country music that I play.”

Careless Soul he recorded in Muscle Shoals, in the legendary Fame studios, adding brass and strings in Nashville. On tour he’ll have a stripped back sound – pedal steel, bass guitar, drums and his own guitar and vocals.

“There’s more focus on the lyrics and the song structure in the touring set-up,” he says. “As a music fan I’d rather not go and hear someone sounding exactly as they do on record, so we’ll maybe not be as rockin’ as the CD but we’ll be offering an intimate interpretation, something that belongs to that particular evening.”