Charlie Dore - songwriter to the stars 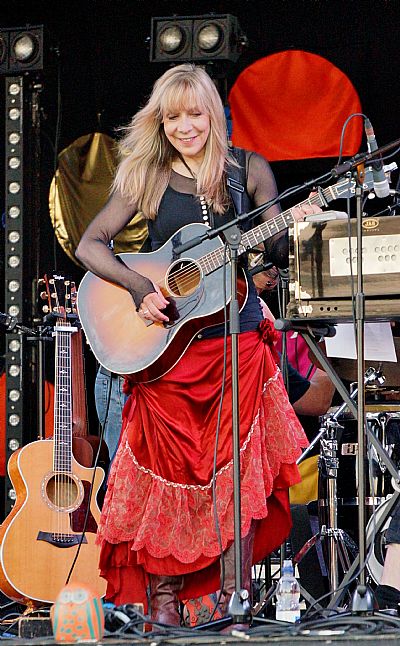 Charlie Dore is sitting in George Harrison’s house, in a gathering of music business people, when the Beatle starts to strum a familiar song. It’s Fear of Flying, a single from Dore’s first album, and Dore struggles to keep cool.

To everyone else there it’s just George strumming a song but to Dore, this is someone who wrote and played on some of the most popular songs of the past sixty years singing her song and as she says in her lovely soft, trained actor’s voice, she actually thought, “If my friends could see me now.”

Dore knew that Harrison liked the song. She’d been introduced to him by a mutual friend, Eric Idle of Monty Python, with whom she worked on radio comedy and who took her round to Harrison’s house one day. The Beatle had a jukebox and there among classic rock ‘n’ roll hits and other Harrison favourites was Fear of Flying.

“Knowing it was on his jukebox was one thing and hearing him sing it at a party was another but I then found out he’d recorded it,” she says. “It’s never been released and his widow, Olivia, wants to keep it to herself because most of his other recordings have been made public. I can understand that but at the same time, I’d love to have it out there, a Beatle singing my song.”

Dore has become used to hearing her songs sung by famous people. Tina Turner, Celine Dion, Sheena Easton, Status Quo and Jimmy Nail, who took Dore’s Ain't No Doubt to number 1 in the UK, are among those for whom Dore has put words into their mouths since she emerged from the London pub scene in the late 1970s.

Signed to Island Records, she was flown to Nashville to work on her first album, Where to Now, which was eventually re-mixed by the legendary Joe Boyd, of Incredible String Band, Fairport Convention and John Martyn fame, due it being “too country” in its original form.

Nashville was an eye-opener for Dore, who was used to co-writing at her own pace with her collaborator Julian Littman, with whom she still works.

“I wouldn’t rule out going back there again,” she says. “But it really is like a factory. There were people there who had ten o’clock and two o’clock appointments to co-write songs and I’d never come across that before. I’m not that disciplined. In fact, I’m chaotic. On my new album, Dark Matter, there’s a song that I actually finished writing in my pyjamas just before heading to the studio.”

After Where to Now and the follow-up, Listen, which was released in 1981 and featured most of Toto as her backing band, Dore became busy with other projects.

She’d studied drama at the Arts Educational School in Tring and worked in rep for two years in Newcastle before becoming a singer and songwriter. So she made an easy move back to acting, working in theatre, fringe and West End productions and starring opposite Jonathan Pryce in the award-winning film The Ploughman’s Lunch. She’d also begun writing with the aforementioned Idle and appeared in his BBC radio comedy, Behind the Crease. After that came seven years at the comedy venue she co-founded, The Hurricane Club, where she worked with Bill Bailey, Harry Hill and Robin Williams, among others.

All the time she was still writing songs, mostly for other people. She and Julian Littman also provided the soundtrack for two series of the BBC television drama Two Thousand Acres of Sky and the score for a film Roman Road in 2004.

Then in 2005, with just one album, 1995’s Things Change, recorded since her late 1970s, early 1980s releases, she got back to her country-folk roots and back to a format that she still values, the album. Dark Matter is her sixth in the past twelve years.

“I know there’s a kind of attention deficit thing going on these days and people can compile their own playlists but I really enjoy creating a mood over a dozen or so songs that has a theme without it being a concept album,” she says.

She also enjoys taking her new songs, and some of the old ones, out on the road and finds the possibility of hearing an involuntary reaction – a sigh or a “hmm” of approval – “very beguiling.”

So having heard a Beatle sing her words, is there anyone else she’d particularly like to cover one of her songs?

“Paul Carrack’s done a couple and it’s always great to hear one of your songs take form in that voice,” she says. “But the one I’m waiting for, without really expecting it to happen, is Bonnie Raitt. She has such a great voice and she doesn’t do all the licks that a lot of other singers do, although she can. I’d love to hear her sing something I’ve written.”