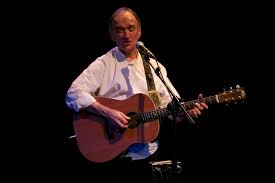 Martin Carthy is remembering how he fell in love with Heartbreak Hotel and learned to sing it, complete with Elvis Presley-style ah-huhs. In his memory Heartbreak Hotel was one of three pop records this great stalwart of English traditional folksong bought on the same day as a teenager in the 1950s. The others were Rock Around the Clock by Bill Haley & the Comets and Rock Island Line by Lonnie Donegan.

“Rock Around the Clock was a silly song but it had a lot of energy,” he says. “And Rock Island Line sent me off on this journey that I’m still on sixty years later but Heartbreak Hotel was a proper song because it had a narrative, and that’s what I still find fascinating about traditional songs. I never get tired of this job because you find new things in these old songs all the time, no matter how many years you’ve been singing them.”

The journey that Lonnie Donegan sent Carthy off on took him into the blues of Big Broonzy and the guitar picking of Elizabeth Cotten, author of the folk standard Freight Train. After taking on his first jobs – he was a prompter at the Open Air Theatre in London before working as assistant stage manager on a tour of the Merry Widow – he began to develop a way of accompanying traditional songs using the finger-picking techniques he’d learned at a time when accompaniment was frowned upon.

Soon he was being encouraged by the singers he learned these songs from – characters including the Shropshire farm worker and tradition bearer Fred Jordan – and his arrangements became an influence on visiting American singers.

Paul Simon famously appropriated Carthy’s version of Scarborough Fair and Bob Dylan credits Carthy’s treatment of Lark Franklin as facilitating Bob Dylan’s Dream. All water under a bridge now in a career that has seen Carthy forming one of the great folk duos with fiddler Dave Swarbrick, briefly plug in a Telecaster with Steeleye Span, join the Albion Country Dance Band, form Brass Monkey and Band of Hope and create the Waterson: Carthy dynasty with his wife, Norma Waterson and daughter, Eliza Carthy.

He’s strongly associated with the English tradition but Carthy will freely enthuse about his experiences as a singer and song collector north of the Border. He remembers singing at Aberdeen Folk Club in the 1960s and facing a front row that included the great ballad singer Jeannie Robertson and “about fifteen other monster singers.”

“You had to be on your mettle there because they would all get up and do a floor spot before the main attraction,” he says. “And if you were the main attraction that was some act to follow, although it was great to hear the songs sung by such authoritative voices. It was inspiring. I remember doing a gig up there with Fred Jordan, who was a wonderful singer but actually quite competitive. I said to him afterwards, ‘Wow, Fred, you were in great voice tonight. And he said, Well you can’t let these Scots have it all their own way.’”

Carthy’s classic album, Shearwater, recorded just after he left Steeleye Span and was concentrating again on acoustic guitar, included one of the Scottish songs he’d learned and Anglicised, the Perthshire ballad Betsy Bell and Mary Gray.

“I can fake a fairly convincing Scottish accent but I don’t see the point in singing with one because I’m not an actor,” he says. “I’m a conduit. It’s like Heartbreak Hotel. I can sing that a bit like Elvis [and he proves it] but ultimately it’s the story that matters.”

Over the years Carthy has fallen prey to the music industry’s need for artists to record albums regularly and promote them, often to the exclusion of songs from previous recordings that become discarded.

“I’ve been going over old stuff recently – well, it’s all old stuff but you know what I mean – and thinking, why did I stop singing this?” he says. “These songs have depth and acquire more depth with the passing years. I look back at some of my old recordings and the twenty-four-year-old me was singing songs with a lot of love, but with a lot of bombast, and sometimes the old git’s bombast is more interesting.”