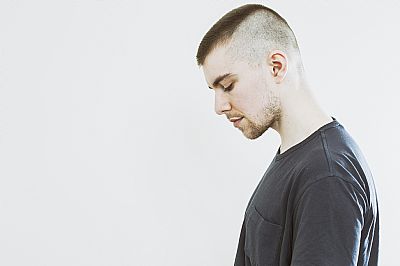 Graham Costello is too young to remember the first Islay Jazz Festival. Like a number of the other guests at this weekend’s twentieth iteration of an event that has made the southernmost island in the Hebrides a favourite entry in the jazz community’s diary, the Glasgow-born, Strathaven-raised drummer wasn’t quite at the stage of making career decisions back in 1999.

Costello’s group, STRATA, is among the wave of exciting young jazz acts that has been gathering momentum in Glasgow over the past two or three years. Along with other Islay participants including pianist Fergus McCreadie, who plays with STRATA as well as leading his own attention-grabbing trio, fellow drummer Stephen Henderson and guitarist Joe Williamson, Costello has been setting a standard of musicianship that has seasoned observers talking about Glasgow as a jazz hotbed of approaching New York proportions.

Much of this has to do with the environment created around the jazz course at the Royal Conservatoire of Scotland. Costello is a graduate of the course and by his own admission, a less likely candidate for involvement in jazz education would have been hard to find when he applied to the RCS six years ago.

“I was always a fan of jazz,” he says. “I didn’t necessarily understand it but I liked the improvisational aspect of it, although when I played my audition for the RCS I didn’t have a clue what was going on. I’d never played with a piano, or any of the other two instruments that I was sitting in with, saxophone and double bass, and it was quite an experience. Looking back it was hilarious but I somehow managed to get an unconditional acceptance.”

His success might have been down to him surviving a baptism of fire. The pianist who gauged his credentials was Steve Hamilton, who currently tours with Mahavishnu Orchestra drumming legend Billy Cobham. Tommy Smith, the RCS jazz course founder and internationally regarded jazz heavyweight, was on saxophone and the still youthful but experienced Brodie Jarvie was on bass.

Unlike his colleagues on the bandstand for that session, Costello was entirely self-schooled. He began playing drums at the age of six when his father acquired a drum kit “of sorts” from a friend at work to keep his younger son occupied and out of trouble.

“I didn’t know any different at the time but this was the best drum kit in the world to me, despite the fact that its one cymbal was the bottom one of a hi hat pair and the skins on the tom toms and snare drum were so pitted they were like craters,” he says. “I played it all the time. I didn’t have a teacher but my dad fed me a diet of Led Zeppelin, followed by more Led Zeppelin and even more Led Zeppelin.”

This accounts for Costello possibly being the only musician to have passed through the RCS bearing a tattoo of John Bonham, Led Zeppelin’s virtuosic but ill-starred drummer. At school, with an older brother who plays guitar and bass guitar, Costello fell into bands with mostly pupils two or three years his senior and when the choice of studying music or art was given to him, he chose art. He still works in visual art, creating eye-catching designs and taking commissions.

By the time he left school, however, he was thinking more about becoming a musician. He took a course at the Academy of Music and Sound, where he was able to ensconce himself in a room every day and dedicate himself to drumming, and he became involved in Glasgow’s underground music scene, playing in noise rock bands including the duo Young Philadelphia, who toured across Europe. There were gaps in his knowledge, though, and if he was going to become a full-time musician he recognised the value of adding musical theory to the practical experienced he was gaining. At this point, the obvious door, Strathclyde University’s Applied Music course, closed in a restructuring process. So he “took a punt” with the RCS jazz course.

“I didn’t just want to be a drummer because I have a bit of a problem with the idea that, as the old joke goes, a drummer is someone who hangs out with musicians,” he says. “I wanted to compose and understand harmony and of course, being on the RCS course I got to play – and become friends - with all these monster musicians.”

STRATA grew out of course work and the EP that followed surprised Costello by getting nominated for the Best Album title in the Scottish Jazz Awards, not least because his ideas for the band, while musically bridging the gaps between jazz, minimalism and rock, went against the trend of jazz practices.

“One of the things that bugs me about jazz is that you might never have the same line-up in a band twice,” he says. “Everyone’s a great player and can sit in on a gig, read the part, play great solos, no problem, but I wanted a settled line-up. I also wanted to rehearse. I was used to being in bands where you rehearsed whether there was a gig coming up or not and I wanted to develop the chemistry between the musicians so there was a real band feel and a particular band sound that you only get when people play together a lot.”

A major part of STRATA becoming one of the most talked-about bands on the Glasgow – and wider – scene has been Costello’s insistence that the band play a residency. The owners at Bar Bloc in Bath Street gave him access to their venue once a month, so irrespective of what else is happening gig-wise the band has a gig to work towards.

“We’re not a jazz band in the sense that we have tunes that we play and then improvise over,” says Costello. “For me, jazz has become an approach as much as a style of music. We get people coming up to us – and you’ll hear this a lot – saying, I don’t usually listen to jazz but I like what you’re doing. It’s as if they have one idea about what jazz is, that it’s big band swing or away at the other extreme, free improvisation, when there’s a whole world of music in the middle. And we don’t play tunes, stop and chat and start again – it’s one continuous performance because once I have an audience’s attention, I want to keep it.”

For their forthcoming debut full CD release, Costello took STRATA to a cottage near Inverary for a week’s intensive rehearsal, a kind of STRATA boot camp where they brought his compositions up to a pitch where they could record in a minimum of takes.

“For me, to play this music, you have to be absolutely confident in what you’re doing and totally relaxed because there’s quite a lot of repetitiveness but it needs to be human repetitiveness and not robotic,” he says. “It’s about creating a flow of energy and I think that’s what audiences are picking up on. We’re trying to give them an experience that’s different every time we play.”