Ronnie Scott - the man and his club 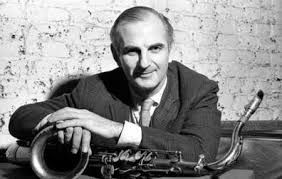 At one point during Ronnie’s – the new documentary about Ronnie Scott’s jazz club - the singer Barbara Jay opines that people going to the club these days have no idea who Ronnie Scott was.

Almost twenty-five years after Scott’s death, should the current clientele know the club’s history? Well, if they’re interested in jazz at all – and even if they aren’t – they’ll get a lot from Oliver Murray’s film.

Murray has taken the biographical approach. With period footage he tells the story of Scott, born in the east end of London, discovering the saxophone through learning that his estranged father played in a dance band. Scott’s infamous humour – fondly remembered from his emceeing at the club - is there from the start. Older patrons will be familiar with the tale of the young Scott being so poor that all his clothes had to be bought from a military surplus store.

It wasn’t much fun, he says, as a nine-year-old Jewish kid, going to school dressed in a Japanese admiral’s uniform.

Scott had a fund of such lines. Celebrating the twentieth anniversary of the club he started in Soho with his business partner and fellow saxophonist, Pete King (not to be confused with the recently departed alto master Peter King), he says, “Twenty years? That’s more than the Great Train Robbers got.”

And in some ways, he and King gave themselves a life sentence when they started the club. Scott had worked his way up through the London band scene as a much better than average jobbing saxophonist and avid jazz fan when he got to hear about the possibility of going to New York to hear the music in its natural habitat. He joined a host of others, including John Dankworth and Stan Tracey, in Geraldo’s Navy, the musicians who played to entertain the passengers on the transatlantic liners, or boats, as they called them.

During time off in New York, the musicians could spend their evenings in the jazz clubs on Fifty-Second Street, listening to their idols at close quarters. At some stage during this nocturnal music school, Scott decided that it would great to get some of these Americans over to London. It took some time. First, in 1959, he and King opened what became known as the old place in Gerrard Street - the aforementioned Peter King played on the opening night – and created a hang-out that musicians and jazz fans alike gravitated towards enthusiastically.

Bringing American musicians to the UK was hindered by the British Musicians’ Union effectively banning Americans from playing over here following legislation issued by the Ministry of Labour in 1935. The effects of this rumbled on into – at least – the late 1980s, with musician exchanges (your reviewer once traded dates on a Simple Minds tour to bring in the great alto saxophonist Bobby Watson). Pete King got round it by visiting the American Federation of Musicians in New York and winning their support, and in 1961, Zoot Sims, one of the legendary Four Brothers in King of Swing Woody Herman’s saxophone section, became the first of an almost complete Who’s Who of jazz who would play at Ronnie’s.

Murray’s film does a great job of taking the viewer into the heart of the club and capturing Scott’s personality. Behind the one-liners (“What time do we open, sir? What time can you make it?” he’s seen asking a caller to the club on the phone) Scott was a troubled soul. His depression is handled sensitively but with frankness also and his dedication to the saxophone and the music shines through in every frame.

It’s an extraordinary rich canvas with an extraordinary cast (spotting legends such as Phil Seamen and Tubby Hayes is just one of the side benefits) and the cultural value of Scott and King’s enterprise can be gauged by the variety of their benefactors, who included notorious gangsters and some of rock music’s prime movers and shakers alike. Into the walls of the “new place” in Frith Street has seeped music by everyone from Sonny Rollins to Nina Simone to Chet Baker to Jimi Hendrix, whose appearance in a jam with funk-rock band War at the club the night before he died in 1970 features through a fan’s surreptitious recording.

This really is essential viewing, invaluable cultural and social history and quite the emotional roller coaster. It’s due for release on 22nd October through Everyman Cinemas. More information here