Since forming in 2014 to give its core musicians – saxophonist Martin Kershaw, guitarist Graeme Stephen, bassist Mario Caribe and drummer Tom Bancroft – a platform for trying out new ideas and paying tribute to jazz greats, Playtime has built a loyal following through regular gigs and more recently weekly live-streamed concerts.

Up till now booking hasn’t been necessary but for the Duncan-Kellock concert, which will be broadcast from Pathhead Village Hall, Playtime is making advance tickets available through Citizen Ticket, who will also stream the concert.

“We wanted to make this Playtime's first-ever ticketed concert to reflect a very special and rare performance from Fionna & Brian that can be seen all over the world,” says Martin Kershaw. “The income from this concert will go to Fionna and Brian and our sound and visuals expert, Matt, as well as being a fundraiser for Playtime.”

Ticket buyers can set their own price, with a suggested minimum of £6, and tickets are available now. The concert will begin at 8:15pm. 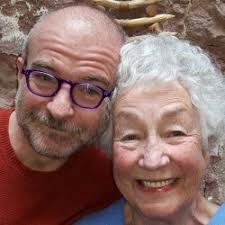