The Fraser Shaw Trust is marking the release of a CD featuring tunes by the late Islay-born piper and whistle player with three events.

A party in the Sparkle Horse in Glasgow on Tuesday, May 16 will be followed by the official launch concert in Bruichladdich Hall, near Shaw’s home in Port Charlotte, on Islay on Tuesday, June 27.

A further celebration of the work of the musician, who died in May 2015 at the age of thirty-four, will be held on Monday, August 7 in St Luke’s in Glasgow as part of the annual piping festival Piping Live!

The CD, called Mac Ile: The Tunes of Fraser Shaw, precedes a tunebook to be published in the autumn, with all proceeds going to the MS Care Centre in Lochilphead. Proceeds from the album will be used for the advancement of education, arts and culture and for the relief of those living with multiple sclerosis in Scotland, particularly on the Isle of Islay. 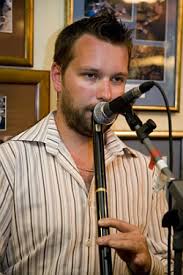