Registration is now open for Australian guitarist Tommy Emmanuel’s first-ever guitar camp in Europe, due to take place in Pitlochry next May.

Emmanuel, who began playing professionally with the family band at the age of six, is widely recognised as one of the world’s leading guitar players and has been a popular draw among guitar music fans in Scotland since fellow guitarist Martin Taylor invited him to appear at his guitar festival in Kirkmichael, Ayrshire almost twenty years ago.

The camp will run from May 11 from 15 at Atholl Palace in Pitlochry and is aimed at players of all ages, levels, interests, and tastes.

It offers an opportunity to learn from and spend time with Emmanuel and American fingerstyle guitar masters Richard Smith and John Knowles with a programme of workshops and concerts designed to improve playing, provide tips and share the enthusiasm that Emmanuel shows onstage. For further information log onto www.tommyemmanuelguitarcampscotland.com 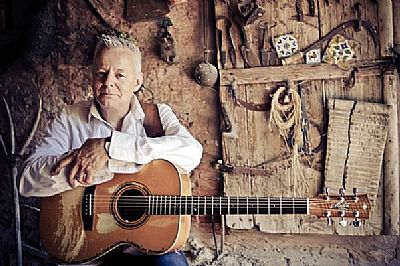